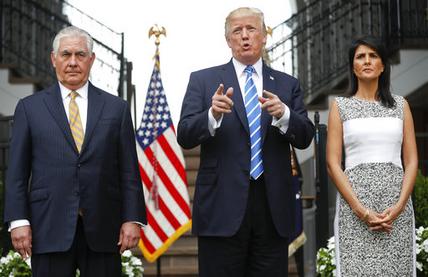 Trump tells reporters at his New Jersey golf course Friday that he’s “not going to rule out” a military option.”

He adds that it’s “certainly something that we could pursue.”

Trump has been blasting Maduro’s moves to consolidate power, describing him as a “dictator.”

119 Comments - what are your thoughts?