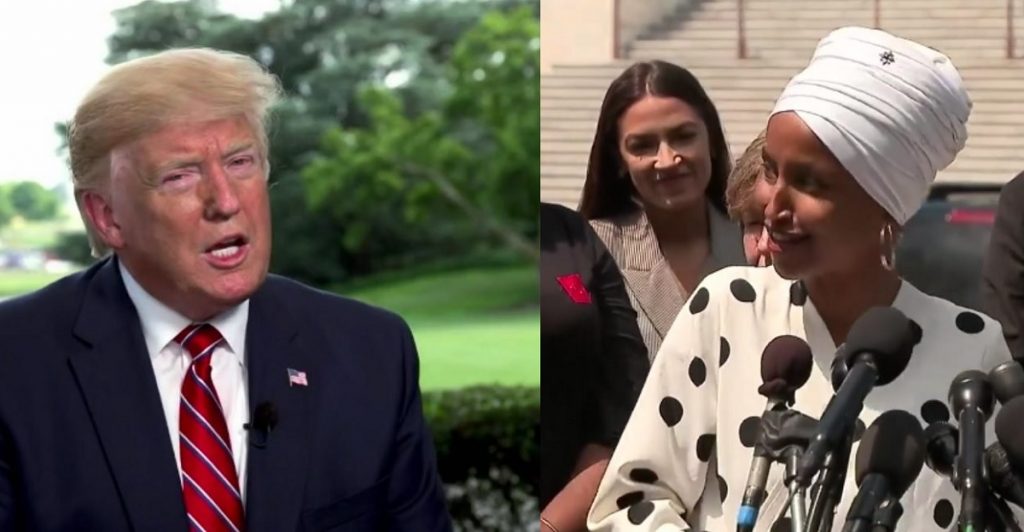 President Donald Trump referenced Rep. Ilhan Omar (D-MN) in a series of posts that literally urged the freshman congresswoman to go back to Africa.

“So interesting to see ‘Progressive’ Democrat Congresswomen, who originally came from countries whose governments are a complete and total catastrophe, the worst, most corrupt and inept anywhere in the world (if they even have a functioning government at all), now loudly……….and viciously telling the people of the United States, the greatest and most powerful Nation on earth, how our government is to be run,” Trump wrote.

Only Omar was born outside the United States, and all four were elected to the House of Representatives, where their job is literally to govern this country.