Trump says US will be safer, richer if he is president 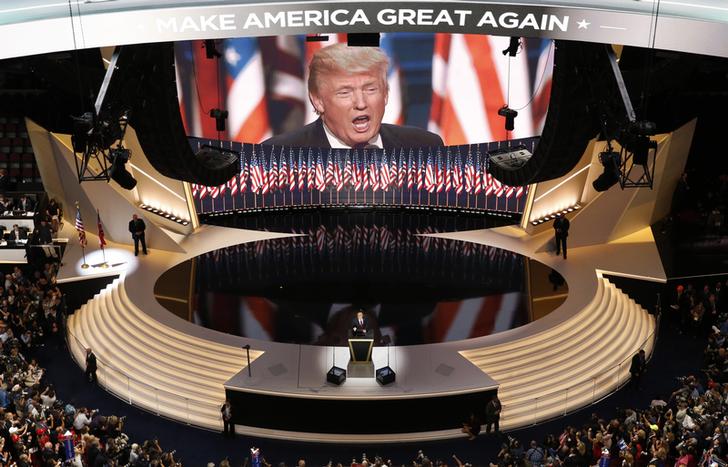 CLEVELAND — Donald Trump accepted the Republican nomination for president Thursday, promising anxious Americans that they will be safer and richer if he is elected in November.

Trump painted a dire state of affairs in the United States and the world — instability abroad and crumbling infrastructure at home — and blamed those problems on President Barack Obama and his former secretary of state, presumptive Democratic nominee Hillary Clinton.

“This is the legacy of Hillary Clinton,” he said. “Death, destruction, terrorism and weakness.”

Closing the four-day convention in Cleveland, Trump pledged that as president he’ll end crime and violence around the country, and said he would speak for those who don’t feel they are heard by government.

The billionaire businessman, 70, was looking to win over skeptics in his party. Republican disunity was on display the previous night when Trump’s primary rival, Ted Cruz, stopped far short of endorsing Trump and drew loud boos.