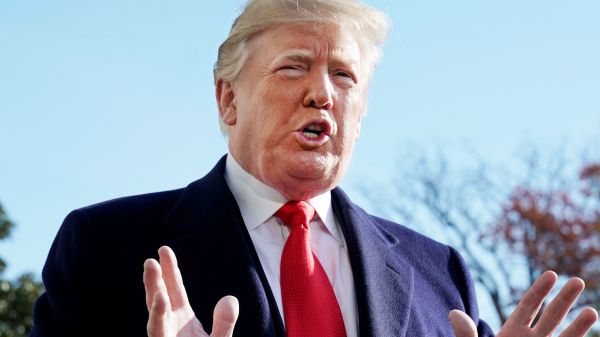 President Trump is in Buenos Aires, Argentina, Friday for the G-20 summit, where he, Canadian Prime Minister Justin Trudeau and Mexican President Enrique Pena Nieto signed their intention to move ahead with their new trade pact. But they did so with moments of tension.

Much of the president’s reasoning for changing the North American Free Trade Agreement (NAFTA) was his claim that the agreement was so widely despised, and needed to be renamed. Mr. Trump calls it the “United States-Mexico-Canada Agreement,” or “USMCA.” But Trudeau declined to call it the “USMCA” Friday, calling it instead the new North American Free Trade Agreement. Trudeau called out Mr. Trump by first name, asking him to lower the newly imposed steel and aluminum tariffs.

“Donald, it is all the more reason we need to keep working to remove the steel and aluminum tariffs between our countries,” Trudeau said.

The trade agreement still has to be approved by each nation’s legislatures, although the president expressed optimism about his chances in Congress. Democrats take control of the House in January.