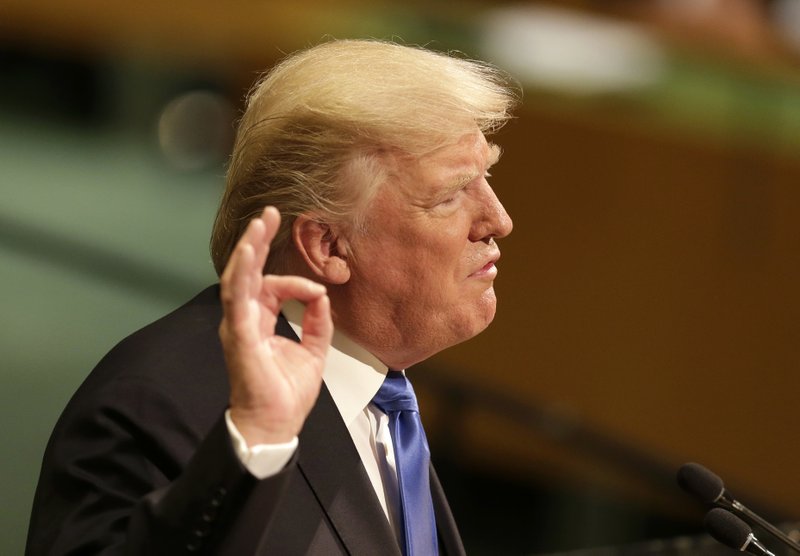 Benjamin Netanyahu said, “In over 30 years in my experience with the U.N., I never heard a bolder or more courageous speech.” He said Trump “spoke the truth about the great dangers facing our world and issued a powerful call to confront them in order to ensure the future of humanity.”

Trump said in his speech that Iran’s main export is violence. He accused Iran of supporting terrorists and threatening Israel. He criticized the 2015 nuclear deal that curbed Iran’s nuclear activities in return for the lifting of sanctions.

Israel and Iran are bitter enemies. Israel views Iran as an existential threat because of calls by Iranian leaders for the destruction of the Jewish state along with Tehran’s nuclear and missile programs.