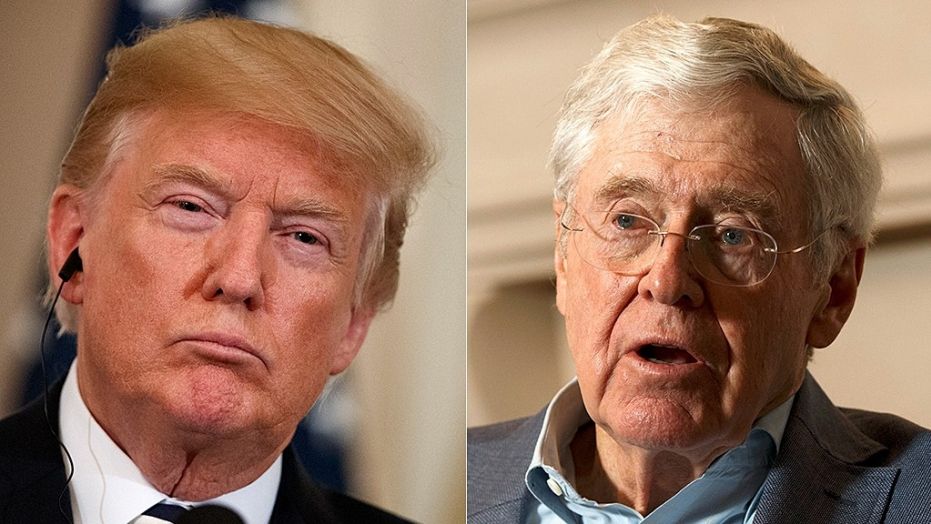 President Trump blasted the conservative mega-donor Koch brothers on Tuesday as a “total joke” and promised supporters he would be “a puppet for no one,” amid rising tensions over trade and other administration policies.

“The globalist Koch Brothers, who have become a total joke in real Republican circles, are against Strong Borders and Powerful Trade. I never sought their support because I don’t need their money or bad ideas. They love my Tax & Regulation Cuts, Judicial picks & more,” Trump tweeted.

“I made them richer. Their network is highly overrated, I have beaten them at every turn. They want to protect their companies outside the U.S. from being taxed, I’m for America First & American Worker –a puppet for no one. Two nice guys with bad ideas. Make America Great Again!”

The president’s tweets come after the advocacy network created by billionaires Charles and David Koch announced they would not support Republican Senate candidate for North Dakota, Kevin Cramer. The Koch brothers also did not endorse Trump in the 2016 presidential election.