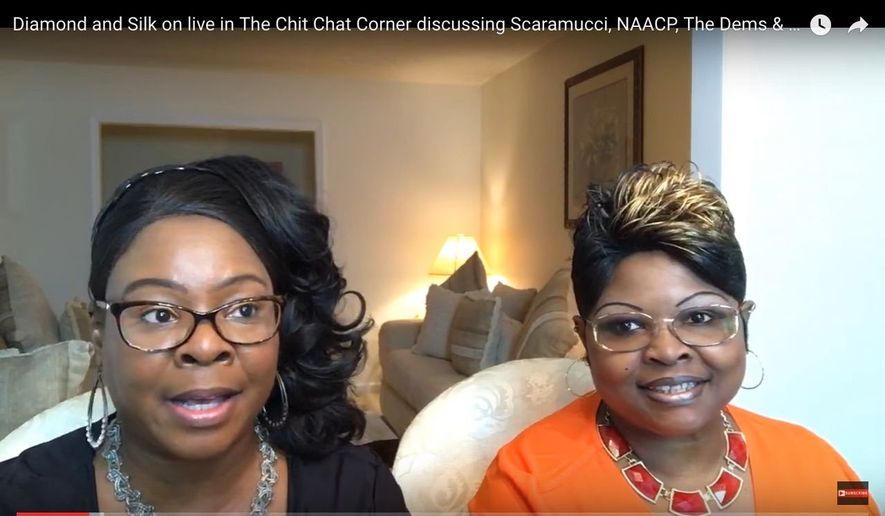 Lynnette “Diamond” Hardaway and Rochelle “Silk” Richardson burst back onto the political scene Friday to blast the Russia investigation.

“I think it’s really sad. I think our president is about to be railroaded,” Mrs. Hardaway said during their appearance on “Fox & Friends.”

“That’s right,” chimed in Mrs. Richardson, the gesticulating half of the sister act that made them YouTube stars and campaign trail sensations stumping for the Trump campaign last year.