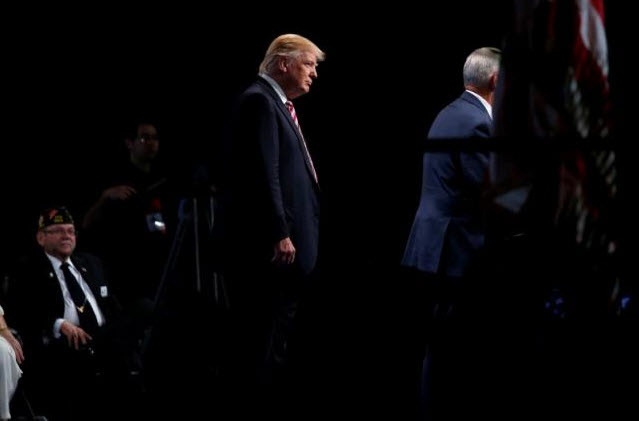 Republican presidential nominee Donald Trump posted a two-point lead over his Democratic rival Hillary Clinton, according to a Reuters/Ipsos opinion poll released on Tuesday, the first time he has been ahead since early May.

Trump’s gains came as he accepted his party’s nomination to the Nov. 8 ballot at the four-day Republican National Convention in Cleveland last week, and as Clinton’s nomination in Philadelphia this week was marred by party divisions and the resignation of a top party official.

The July 22-26 poll found that 39 percent of likely voters supported Trump, 37 percent supported Clinton and 24 percent would vote for neither. The poll had a credibility interval of 4 percentage points, meaning that the two candidates should be considered about even in support.

Clinton held a three-point lead on Friday, which was also within the credibility interval.

Clinton has solidly led Trump in the poll throughout most of the 2016 presidential race. The only times that Trump has matched her level of support were when the Republican Party appeared to be roughly aligned with his campaign.