Trump talks about reopening US amid coronavirus fight after virus takes toll on economy, way of life 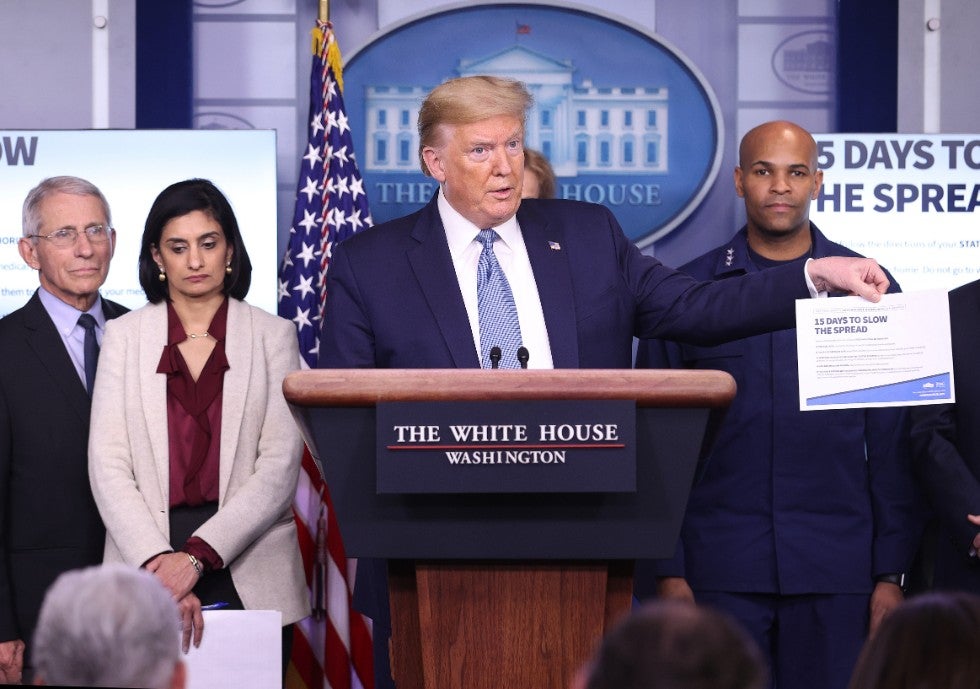 President Trump, who previously warned on Twitter that the country’s efforts to halt the spread of coronavirus cannot “be worse than the problem itself,” appears poised to begin reopening parts of the economy as unemployment soars to Depression-era levels and residents of several states chafe under orders to stay in their homes.

The unusual and dramatic restrictions put in place by federal, state and local governments relying on projections from epidemiologists have caused the economy to grind to a halt and prompted many Americans to claim that their civil liberties are another casualty of the disease. People have been barred from going to church, visiting relatives and holding weddings and funerals. But Trump’s main concern appears to be the economy, which has shed more than 16 million jobs in just three weeks.

“If it were up to the doctors, they may say, ’Let’s keep it shut down ― let’s shut down the entire world,” Trump told reporters last month. “You can’t do that with a country ― especially the No. 1 economy anywhere in the world, by far … you can’t do that. It causes bigger problems than the original.”

On Monday, Trump told reporters that he has “total” authority on when to reopen the U.S. and said he believes that the economy will “boom” once he gives it the green light. He said he has a new task force that will be focused solely on that task. He said that he has been holding discussions with senior aides on how to roll back federal social distancing recommendations that are set to expire at the end of the month. He stressed that he wants Americans to be “very, very safe.”