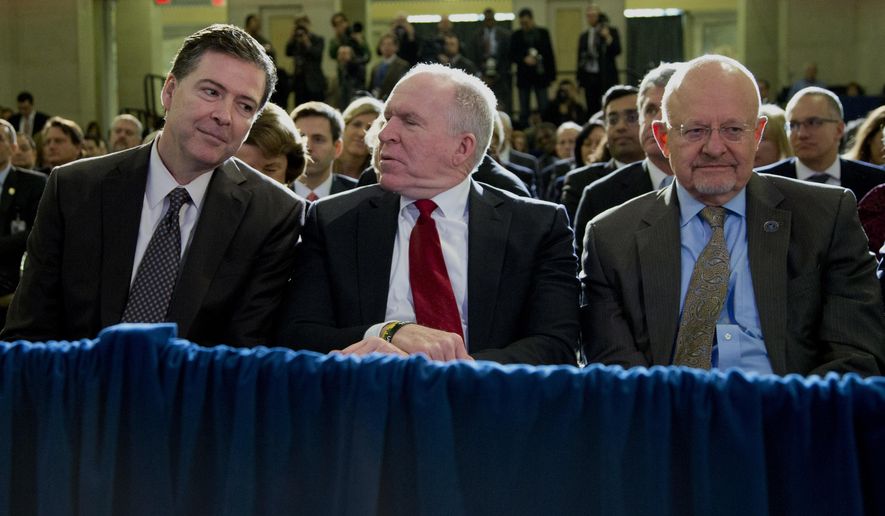 President Trump threatened Monday to revoke security clearance from top Obama administration officials who have fanned the flames of Russian collusion conspiracy theories, a retaliation by the White House that legal scholars said would be unprecedented but not illegal.

“They’ve politicized and in some cases actually monetized their public service security clearances,” she said. “Making baseless accusations of improper contact with Russia or being influenced by Russia against the president is extremely inappropriate.”