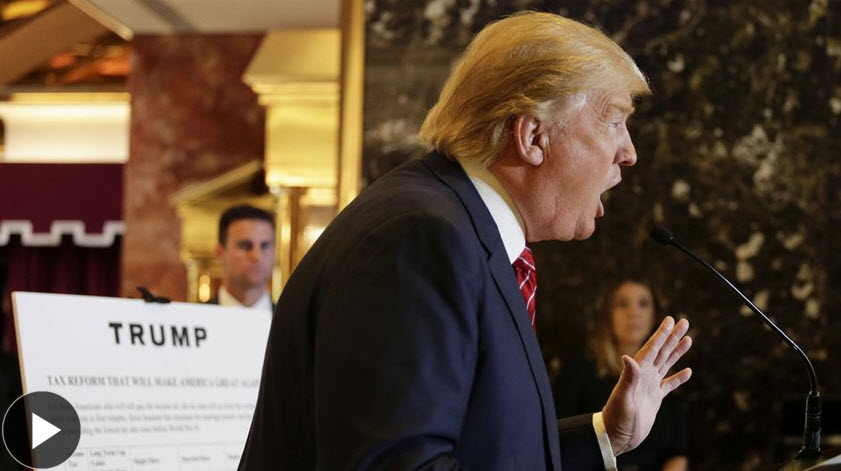 Republican presidential candidate Donald Trump unveiled an ambitious tax plan Monday that he says would eliminate income taxes for millions of households, lower the tax rate on all businesses to 15% and change tax treatment of companies’ overseas earnings.

Under the Trump plan, no federal income tax would be levied against individuals earning less than $25,000 and married couples earning less than $50,000. The Trump campaign estimates that would reduce taxes to zero for 31 million households that currently pay at least some income tax. The highest individual income-tax rate would be 25%, compared with the current 39.6% rate.

Many middle-income households would have a lower tax rate under Mr. Trump’s proposal, but because high-income households generally pay income tax at much higher rates, his proposed across-the-board rate cut could have a positive impact on them, too. For example, an analysis of Jeb Bush’s plan—taxing individuals’ incomes at no more than 28%—by the business-backed Tax Foundation found that the biggest percentage winners in after-tax income would be the top 1% of earners.