Trump to Governors: We’re Giving Power Back to the States 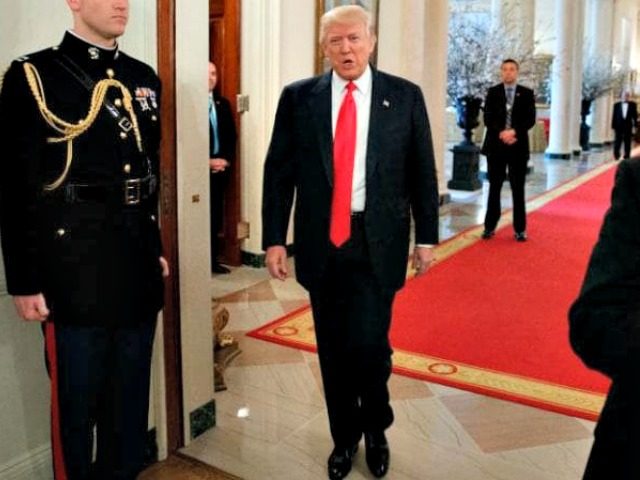 President Donald Trump promised a large crowd of American governors that he would work to redirect power from the federal government to the states.

“We’re going to give you back a lot of the powers that have been taken away from states and great people and great governors, and you can control it better than the federal government because you’re right on top of it,” Trump said.

The president delivered a speech at the National Governors Association meeting on Monday.

He explained that more states needed to compete for the best solutions around the country, citing the importance of citizens holding their state governors accountable.

“They know the best how to spend their dollars and how to take care of the people within each state,” Trump said, referring to state elected officials. “And states are different and people are different. So the governors are going to have a lot more decision-making ability than they have right now.”

153 Comments - what are your thoughts?