Trump To Immediately Sign As Many As 200 Executive Orders [VIDEO] 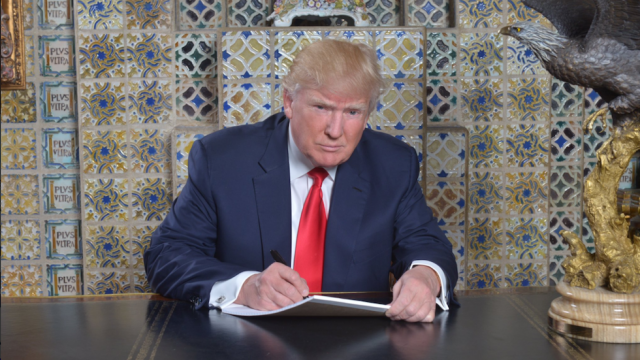 Napolitano told Fox News anchor Martha MacCallum Wednesday night that, based on his conversations with the president-elect, Trump could sign hundreds of regulations on his third full day in office. The judge did not say what policies were being targeted by the incoming administration.

Trump has hinted he would, for example, work to repeal “job killing” energy regulations his first day in office. Trump’s also said he’d repeal Obama-era executive orders on immigration, and he pledged to begin dismantling the Affordable Care Act.