Trump to Ocasio-Cortez: ‘America will never be a socialist country’ 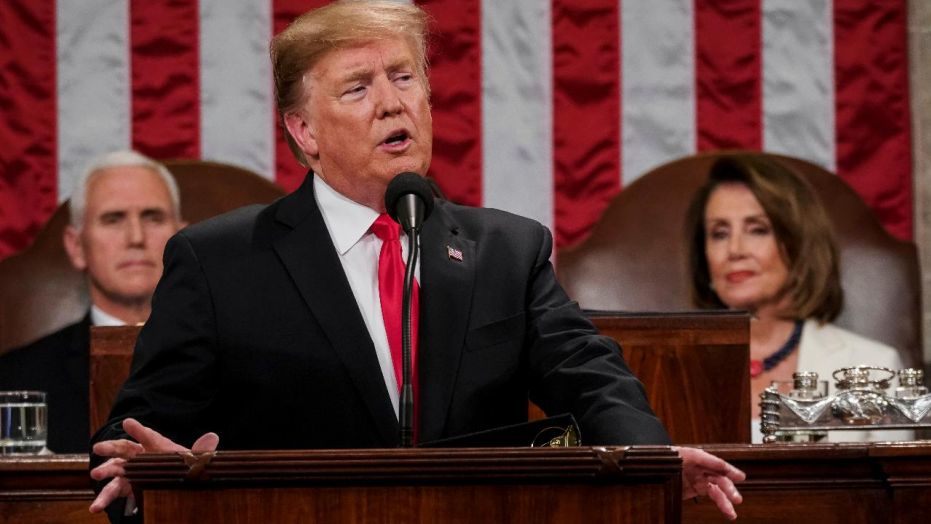 President Trump declared in his State of the Union speech that America will “never be a socialist country,” a clear rebuke of a new generation of Democrats and socialists like Rep. Alexandria Ocasio-Cortez, D-N.Y.

“Here, in the United States, we are alarmed by new calls to adopt socialism in our country,” Trump told Congress Tuesday night. “We are born free, and we will stay free. Tonight, we renew our resolve that America will never be a socialist country.”

That warning came minutes after Trump brought Ocasio-Cortez — one of the most prominent young proponents of socialism to take office this year — and other Democratic women in the chamber to their feet by noting the record number of female lawmakers serving in Congress this year. But he turned promptly to a rebuke of the insurgent ideologues, who have gained influence in the party since self-described socialist Sen. Bernie Sanders mounted a stiff challenge for the Democratic residential nomination in 2016.

“America was founded on liberty and independence — not government coercion, domination, and control,” Trump said.