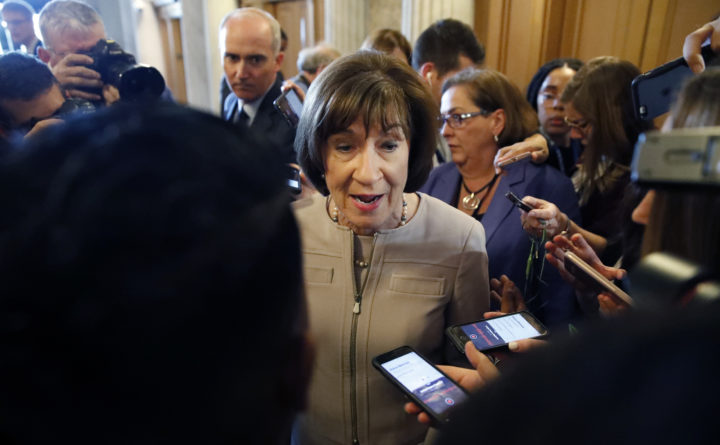 Senate GOP leaders are trying to avoid defections in an anticipated vote next week on whether or not to allow for new witnesses in President Trump’s impeachment trial and remain in close talks with those potential swing votes, according to Republican aides.

Allowing new witnesses would bring a wild-card factor to the trial, lengthen the process and potentially set up a protracted court fight over executive privilege.

GOP leaders are actively reaching out to Republican senators who could potentially defect — Sens. Susan Collins of Maine, Lisa Murkowski of Alaska, Lamar Alexander of Tennesse and Mitt Romney of Utah — and are trying to keep them in the fold, according to two GOP aides.

With all eyes on these potential swing votes, Collins was overhead Thursday evening raising concerns about the access of press.