Trump’s trip to Dayton and El Paso marked by protests, attacks on critics 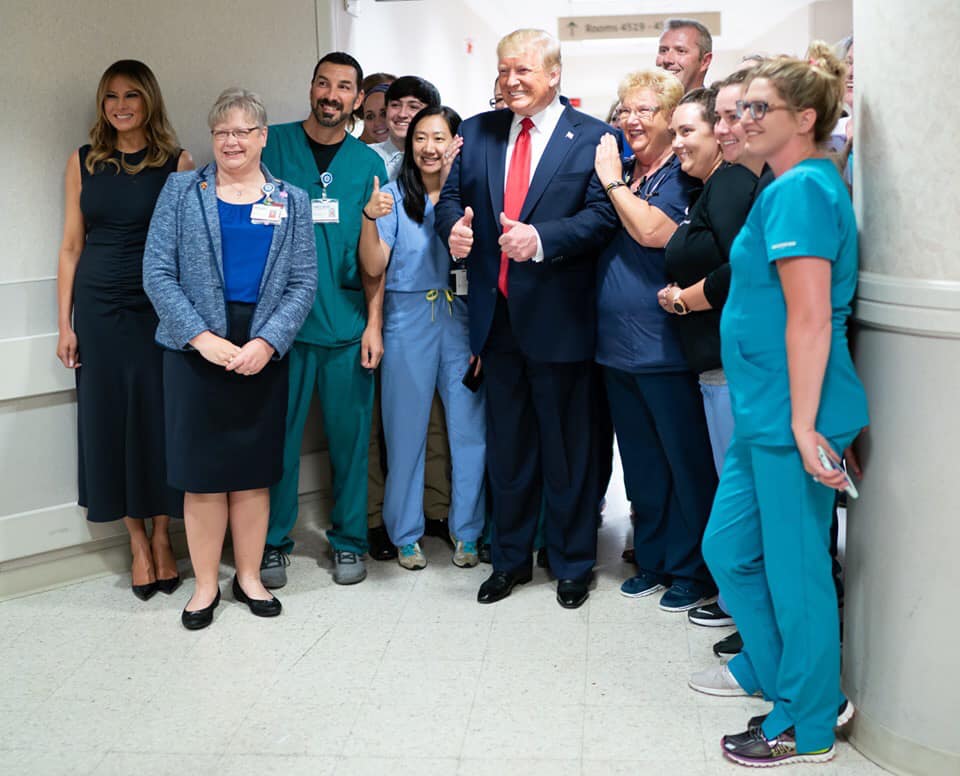 President Trump on Wednesday traveled to El Paso, Texas, and Dayton, Ohio, where meetings with first responders and survivors of mass shootings were marked by calls for tougher gun laws and the president’s attacks on Democrats and the media.

Trump stayed out of public view for most of the trip, which came just days after massacres in El Paso and Dayton left more than 30 dead and dozens injured. He held closed-door meetings at hospitals in both cities before making brief remarks at an emergency operations center in El Paso.

Most photos from the day’s trip came from official White House accounts, which showed Trump and the first lady smiling for pictures with hospital staff and meeting with patients recovering from injuries.

“He and Melania did the right things,” Sen. Sherrod Brown (D-Ohio) said at a press conference in Dayton. “It’s his job in part to comfort people. I’m glad he did it.”