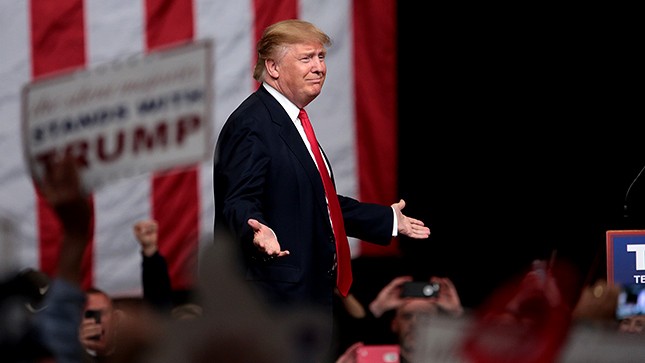 HOLLYWOOD, Fla. — Top Donald Trump aides descended on the Republican National Committee’s spring meeting to sell their path to victory to the very party insiders the GOP front-runner argues are helping to “rig” the nomination process.

RNC members packed into a small conference room at the ritzy Diplomat Hotel & Spa in Southern Florida for the Trump presentation. While the members were greeted with heaping displays of antipasto, as well as raw oysters, shrimp and crab legs, some people fled the room in search of some space.

“It was like sardines in there,” one RNC member said. “But sardines have more room.”