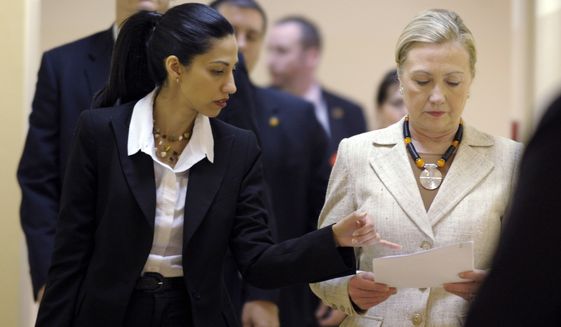 Hillary Rodham Clinton personally signed the controversial deal in 2012 that let her top aide Huma Abedin simultaneously work for the State Department and a private New York firm with deep ties to the Clinton family, according to records made public Thursday.

The State Department emails released to select congressional committees and the watchdog group Judicial Watch also show that almost immediately after Ms. Abedin got permission to work in New York for the Teneo Group, she tried to get the federal government to pay the cost of her commuting back and forth to Washington to serve as a senior adviser to Mrs. Clinton, who was then the secretary of state.

“I need to come down to state tomorrow. Can state start paying for my travel since ny is now my base?” Ms. Abedin asked in an email to a top State Department administrative official on March 27, 2012, around the time her deal to become a special government employee (SGE) was struck.