U.S. deploys B-52 bombers to Middle East for the first time in 25 years 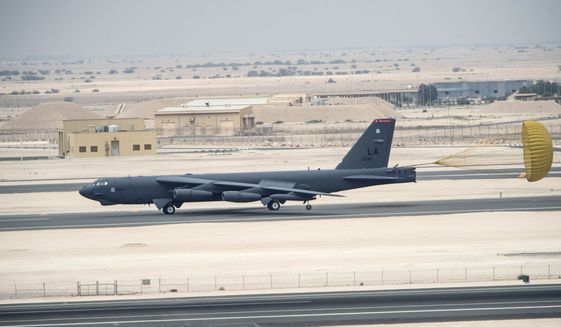 The U.S. Air Force has deployed B-52 long-ranger bombers to the Middle East, for the first time since the Gulf War ended, to conduct strikes against the Islamic State in Iraq and Syria, officials said Saturday.

An unknown number of B-52s will be based at Al Udeid Air Base in Qatar, the U.S. Air Force Central Command said in a statement.

The announcement comes a day after Secretary of State John Kerry said the U.S. would “turn up the pressure further” against the Islamic State during a surprise visit to Baghdad Friday to meet with Iraqi Prime Minister Haider al-Abadi.

206 Comments - what are your thoughts?