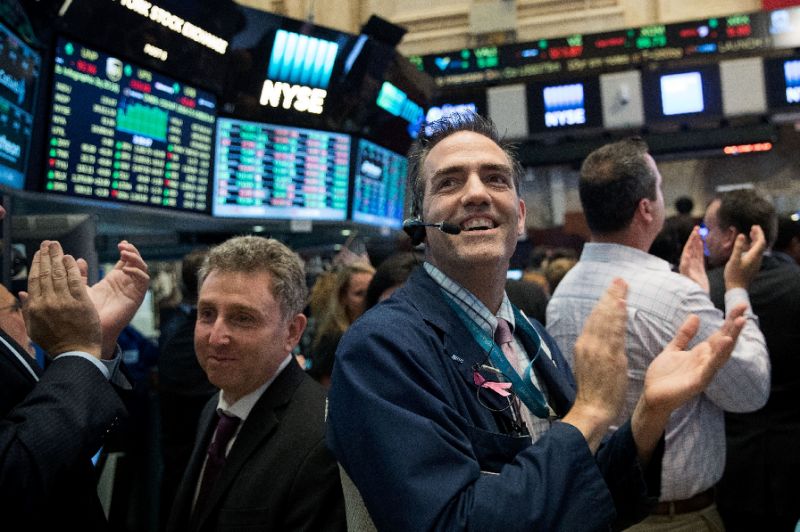 The 30-stock index rose about 70 points to a new record, with Goldman Sachs contributing the most gains. The Dow also traded near 22,000. The S&P 500 rose 0.1 percent, with telecommunications and financials leading advancers. The Nasdaq composite climbed 0.1 percent.

Dow futures briefly signaled the index would break above 22,000 for the first time. The Dow is coming off its strongest monthly performance since February, having risen 2.54 percent. Shares of Boeing contributed the lions share of the gains, adding more than 300 points to the index.

The Dow, along with the Nasdaq and the S&P, notched record highs in July as investors shrugged off news of the turmoil in Washington as well as geopolitical tensions. The White House is once again on Wall Street’s radar after the recently appointed communications director Anthony Scaramucci was fired on Monday. He was in the position for 10 days.