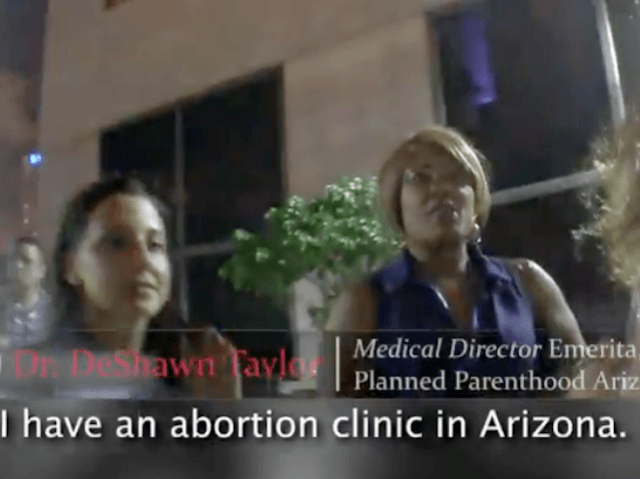 A new video released by Center for Medical Progress (CMP) reveals a former Planned Parenthood abortionist allegedly discussing how she performs elective abortions on healthy unborn babies up to 24 weeks of pregnancy, and the situation she encounters if a baby is aborted showing some signs of life.

Dr. DeShawn Taylor was a longtime abortion provider at Planned Parenthood Los Angeles and was previously a medical director at Planned Parenthood of Arizona. Taylor is introduced to the CMP undercover journalists in the video by Dr. Deborah Nucatola, the Planned Parenthood chief medical officer who was heard in the now famous initial CMP video in which she was allegedly heard discussing the sale of aborted baby body parts while eating a salad and drinking wine at lunch.

In the latest CMP video, Taylor is heard explaining to the journalists that Nucatola trained her.

During a reception at a Planned Parenthood conference, Taylor describes to CMP’s undercover journalists–posing as buyers from a biomedical company–how she delivers intact fetuses during late-term abortions. In the video, a CMP journalist indicates that intact bodies will allow for the harvesting of organs and body parts that are more valuable for scientific research.