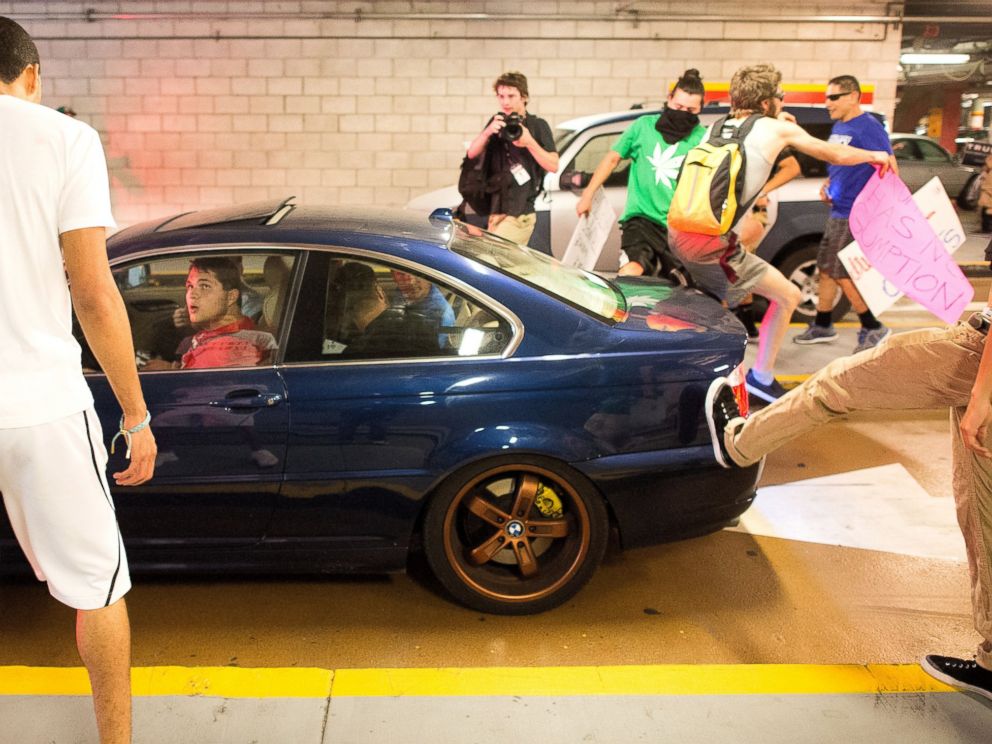 Donald Trump’s rally in San Jose, California, Thursday night was marred by violence by anti-Trump demonstrators who targeted the event’s attendees and police.

The San Jose Police Department said it “made a few arrests” after the rally, and an officer was assaulted. A department representative said Thursday night, “As of this time, we do not have specific information on the arrests made. There has been no significant property damage reported.”

Trump’s foes surrounded the San Jose Convention Center, where scuffles broke out between them and Trump supporters. Some of the altercations were physical, resulting in bloody injuries, as in the video below.

Some Trump protesters surrounded the car of a presumed Trump supporter as the vehicle was leaving the convention center’s garage. Protesters were shaking the car and smashed its taillight. Protesters also surrounded and banged on police cars.