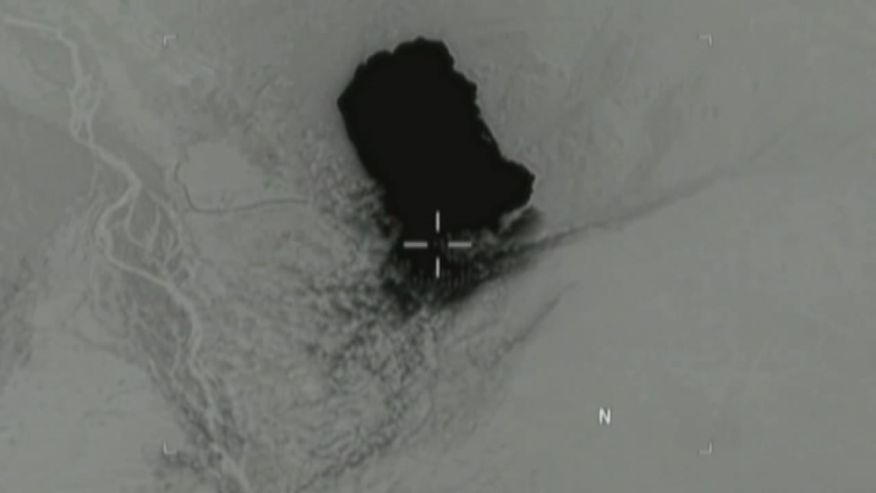 Video released by the Pentagon on Friday showed the “Mother of all Bombs” plummeting from the sky and exploding in eastern Afghanistan, as military officials said it flattened a cave-and-tunnel complex controlled by the Islamic State terror group.

The Department of Defense released the video Friday, less than a day after it dropped the GBU-43/B Massive Ordnance Air Blast (MOAB) atop the Achin district of Nangarhar province, which is close to the Afghan-Pakistan border. Officials said 39 ISIS fighters were killed.

In the 30-second video, the 21,000-pound bomb – the largest non-nuclear weapon in the U.S. military arsenal – could be seen dropping before it exploded midair. Smoke quickly rose from the impact zone, which officials said was more than a mile wide.