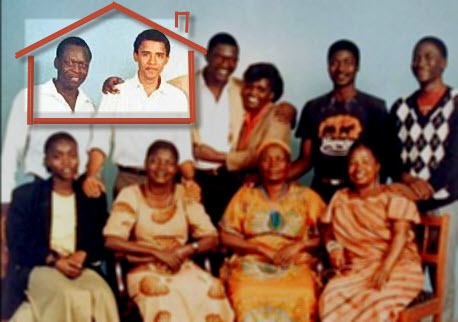 President Obama spent a short period of time living with his uncle, Onyango “Omar” Obama, when he was attending Harvard Law School in the 1980s, the White House admitted Thursday for the first time.

White House press secretary Jay Carney told reporters that, after Onyango Obama recently made public claims that his nephew had stayed with him, he personally asked the president about the situation.

“When Omar Obama said the other day that President Obama, back when he was in law school, had stayed with him in Cambridge, I thought it was the right thing to do to go ask him,” Mr. Carney said.

Mr. Carney’s question apparently is the first time someone has directly asked Mr. Obama whether he spent time living with his uncle, who has been living in the country illegally for decades.