What Happened to the Tea Party Caucus? 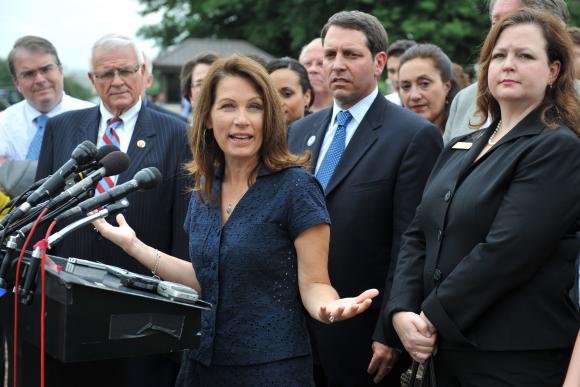 Democrats slam the group as a haven for radicals while conservatives tout membership among their bona fides, but the fact is Rep. Michele Bachmannâ€™s Tea Party Caucus has been inactive for several months.

The caucus, much heralded and well-covered by the press when it was created in 2010 as a congressional conduit for the national movement of the same name, has not announced a public meeting since July, and the groupâ€™s Twitter account has been silent since September.

â€œTo say we havenâ€™t been real active is an understatement. We havenâ€™t done anything,â€ said Texas Republican Rep. Joe L. Barton, a member of the group.

Thatâ€™s not to say Bachmann has been inactive over that period of time â€” the Minnesota Republican was a contender for the 2012 GOP presidential nomination from June 2011 to January 2012, during which time the group held no public meetings. After dropping out of the running for the presidency, she was narrowly re-elected to her seat in the House.

Since then, she has been keeping a low profile and trying to rebuild her brand in her district; that may have something to do with the groupâ€™s silence, caucus members said.

â€œThere have been a lot of other things going on,â€ Georgia Republican Rep. Lynn Westmoreland said. â€œLetâ€™s face it: She had a tight race, a tough race, so she was probably paying attention to that.â€
Bachmann declined to be interviewed on the subject in the Capitol.