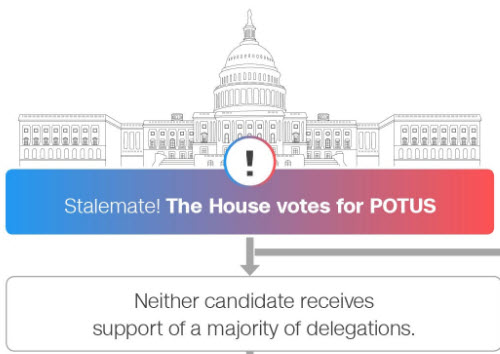 Donald Trump is busy building his Cabinet and planning his agenda, but he isn’t really, officially going to be President quite yet. One of the peculiarities of American democracy is that it’s a group of 538 “electors” — members of the Electoral College — in this nation of 318 million who actually pick the president.

They’ll do it, meeting in their respective states, on December 19th. The outcome is a foregone conclusion, but there is room, however small, for a surprise: an uprising, as called for by some Democrats and even some Republicans, of “faithless electors.”

None of the electors are constitutionally bound to follow the will of the people they represent, and so in this bizarre election (and post-election) season, an arcane system that was established at the Constitutional Convention of 1787 could — and this is very unlikely, but could legally — go rogue and potentially deny Trump the presidency.

More than 136 million Americans cast a ballot for President on Election Day in November. While Clinton outpaced Trump by nearly three million votes, the Republican’s narrow victories in a series of battleground states secured him a clear victory in the Electoral College.

126 Comments - what are your thoughts?