When will Obama make the call on Keystone XL pipeline? 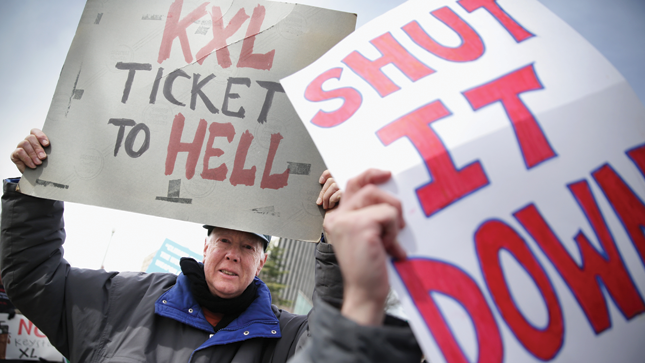 Like a blockbuster movie that never quite arrives, President Obama’s decision on the Keystone XL oil pipeline has been “coming soon” for years.

He has been weighing whether the project should be built since he first entered the Oval Office, and rationalizations for further delay are thin on the ground.

After a February White House meeting between Obama and a number of governors, Oklahoma Gov. Mary Fallin (R) told reporters that Obama had said he expected to make a call “in a couple of months.”

But the White House has not even acknowledged that such a suggestion was made, let alone whether its implicit commitment would be kept.

White House press secretary Jay Carney declined at the time to comment on the specifics of the conversation.