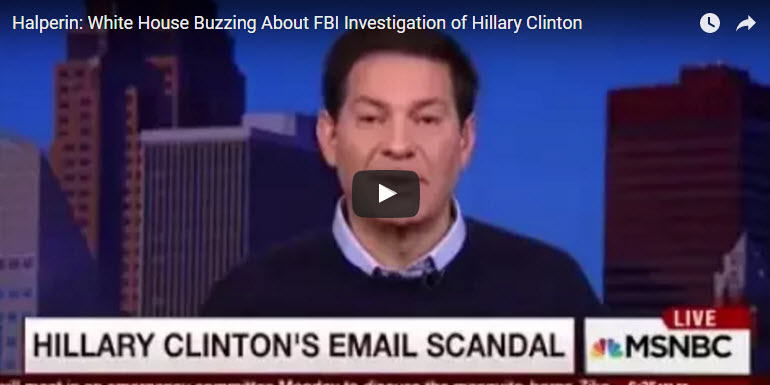 Bloomberg’s Mark Halperin reported this morning on MSNBC that the White House is buzzing about the FBI’s investigation of Hillary Clinton. Halperin also said that the FBI will likely interview Clinton.

MSNBC host Joe Scarborough reported, “[T]he Hillary Clinton investigation of the FBI is far more progressed and Mika and I have been hearing it from the top officials in the Obama administration for actually several months now and we can’t go to a meeting in Washington where we don’t hear that. I’m sure you’re hearing the same thing. What is — what are your — all of our sources high up are … telling us the same thing: that this investigation is far more advanced than we the public knows. What are you hearing?”

“Yeah,” said Bloomberg’s Mark Halperin, “well, there are three things people are keying off of. There’s a lot of chatter amongst FBI agents, many of whom have never been big fans of the Clintons, but a lot of FBI agents seem to be saying something is happening here…

313 Comments - what are your thoughts?