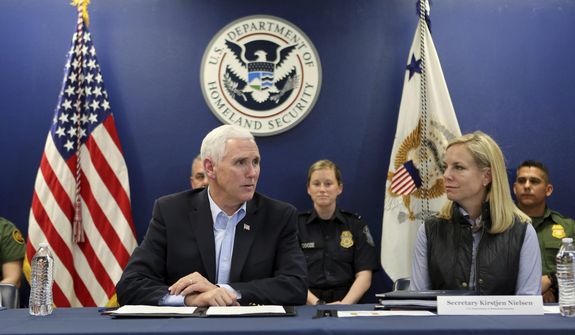 “We are with you 100 percent,” Mr. Pence told Homeland Security employees gathered to commemorate the department’s 15-year anniversary.

The Trump administration is in an escalating battle with California, where the Oakland mayor tipped off illegal immigrants to looming sweeps by federal authorities, and where the state attorney general accused U.S. Immigration and Customs Enforcement of “terrorizing communities.”

Homeland Security officials have pushed back, and on Thursday the White House got involved, with Mr. Pence and Chief of Staff John F. Kelly mounting a vigorous defense of the department and its employees.