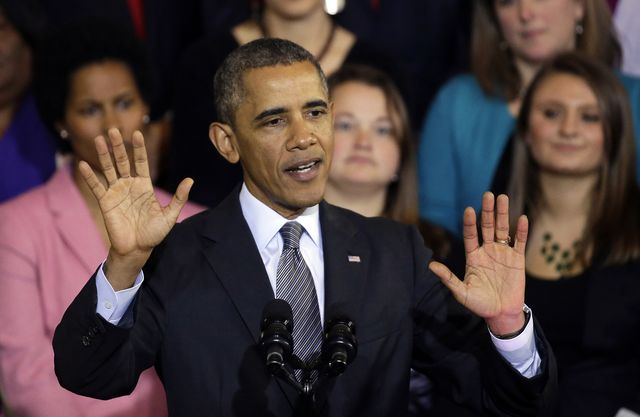 The White House scrambled Wednesday to find solutions for the glaring failures in Obamacare as rebellious congressional Democrats pressured the administration over their increasing political predicament.

In a closed-door meeting at the Capitol, House Democrats blasted administration officials over their handling of the Obamacare rollout, and the White House’s failure to address Mr. Obama’s broken promise to Americans that they could keep their health insurance plans.

Top Senate Democrats, meanwhile, were giving more support to a legislative proposal that would allow people to keep their insurance plans. The White House said the proposal from Sen. Mary L. Landrieu, Louisiana Democrat, has more merit than a House Republican plan scheduled for a vote Friday.

White House press secretary Jay Carney said the president is trying to reassure congressional Democrats that he will decide on a solution “sooner rather than later.”