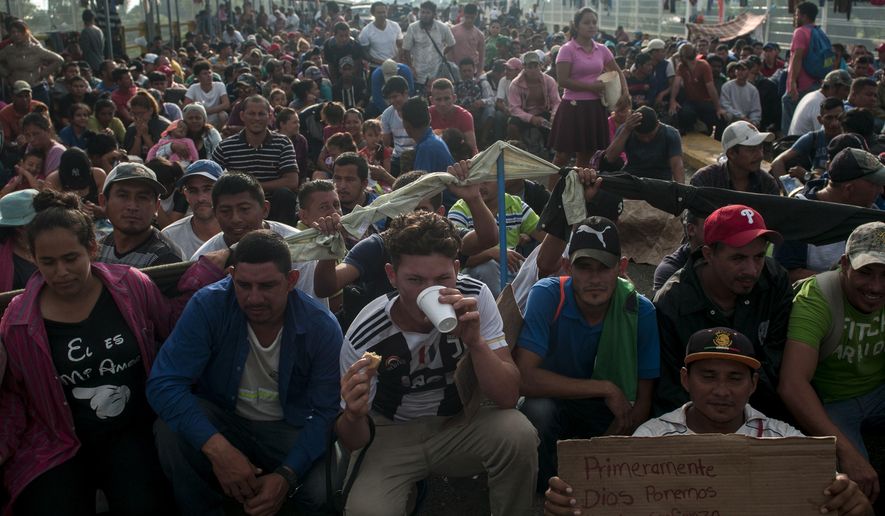 President Trump is working hard to make the U.S.-bound migrant caravan into an election issue, but so far it’s not resonating broadly with voters or forcing Democrats to play defense.

Whether on the stump, in tweets or before a microphone, Mr. Trump hammers Democrats for the thousands of migrants marching from Central America toward the U.S. He warns that it’s evidence of an immigration crisis and a threat to national security, with gang members and even potential terrorists hiding amid the marchers.

He said Monday that he has declared it a national emergency and has alerted the Pentagon to be ready to respond.

Mr. Trump blamed leaders from Honduras, whence most of the migrants come, Guatemala, through which they traveled, and Mexico, where thousands broke through the border this weekend.