With farm bill defeat, Americans on hook for $147M a year to Brazilian cotton farmers 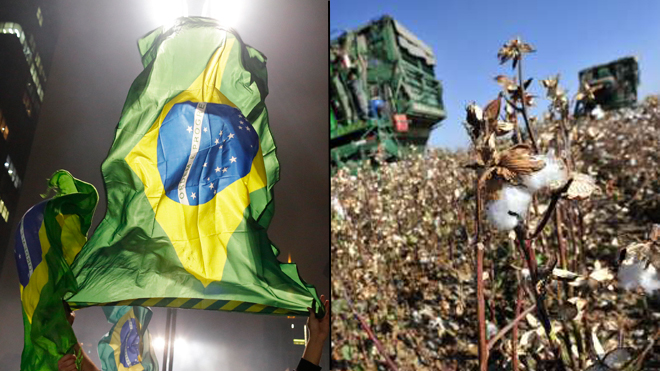 WASHINGTON â€“ American taxpayers remain on the hook for millions of dollars to pay off Brazilian cotton farmers — one of the more bizarre, and costly, consequences of the House of Representatives’ failure to pass a massive farm bill on Thursday.

In a surprise defeat, the House on Thursday rejected the dense, 600-plus page bill. The bulk of the bill would have funded food stamps as well as a bundle of farm aid programs. But lawmakers were also hoping to use the legislation to resolve a long-running dispute between the United States and Brazil that is draining U.S. taxpayer dollars every year.

Specifically, the U.S. is paying the South American country $147 million annually. America has shelled out more than $4 billion to date to Brazil.

â€œI think the average taxpayer would be astounded if they knew how much weâ€™re paying Brazil in bribe money,â€ said Rep. Ron Kind, D-Wis., who is trying to end what he describes as the “blackmail payments.”

The money being sent to Brazil is part of the international fallout stemming from U.S. government subsidies for domestic cotton farmers. The U.S. is one of the world’s largest cotton exporters and hands out $3 billion a year in subsidies.