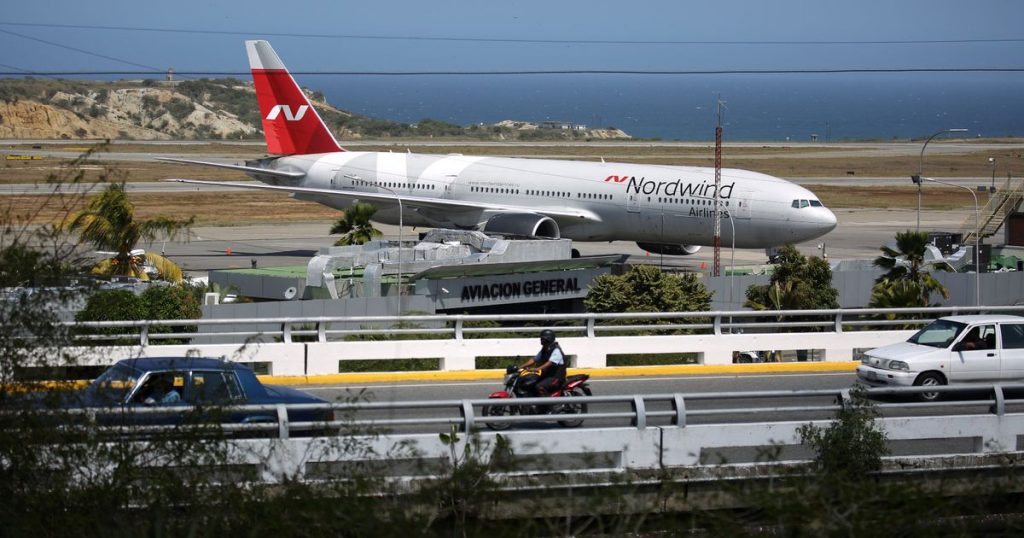 About 20 tons of gold from Venezuela’s central bank was ready to be hauled away Tuesday on a Russian airline’s Boeing 777 that landed in Caracas a day earlier, a Venezuelan lawmaker wrote on Twitter.

The destination of the $840 million in gold bars was unknown, but a source told Bloomberg News that it represented about 20 percent of the country’s holding of the metal. The gold was set aside for loading, the report said.

The news outlet, which first reported on the tweet, identified the lawmaker as Jose Guerra. The lawmaker did not provide evidence for his claim but is identified in the report as a former economist at the country’s central bank with close ties to workers still there.

Noticias Venezuela, a news outlet in the country, posted a photo of what it identified as a Nordwind Airlines plane from Moscow that made the trip with only a crew aboard.