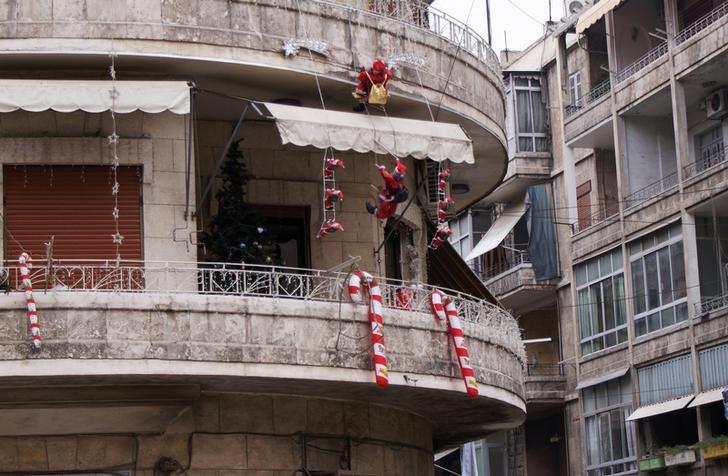 Christians in Aleppo celebrated under a giant Christmas tree lit up for the first time in five years, hailing what many described as the return of peace to a city that came back under full government control last week.

The fall of rebel-held east Aleppo was the biggest victory of Syria’s nearly six-year-old civil war for supporters of President Bashar al-Assad, and many in pro-government parts of the city have been jubilant.

However, the rebel defeat has also brought severe hardship on civilians who fled from insurgent-held areas, thousands of whom have been forced to camp in wilderness under the snow. Aid groups say many are in peril and children have died from exposure to severe winter weather.

In the war ravaged St. Elias Cathedral located on what was long the frontline in Aleppo’s historic Old City, priests prayed for peace at the first Christmas Eve Mass for five years, attended by dozens of worshippers, including some Russian officers.