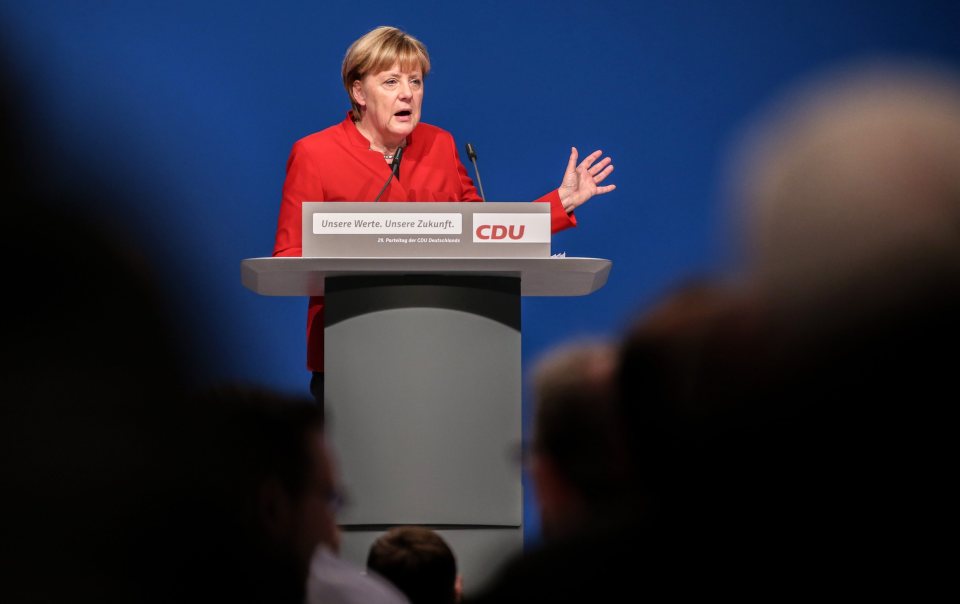 GERMAN premier Angela Merkel called for a ban on the Burka for the first time as she launched a bid to remain in power with a dramatic shift.

Sparking a standing ovation from her CDU Party, the German Chancellor threw her weight behind calls to outlaw the burqa and niqab wherever “possible”.

She said: “With us, the rule is: show your face, that’s why the full veil is not appropriate, it should be banned.”

The CDU party wants to ban the full face veil in courts, schools and universities as well as in road traffic and during police checks.

A full ban as introduced in France is thought to be incompatible with Germany’s rules.