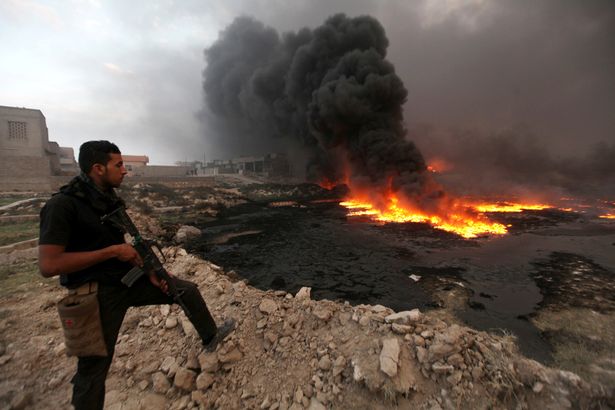 Fleeing ISIS fighters tried to raze an Iraqi town to the ground by flooding the streets with oil and setting it alight.

The murderous jihadists had been forced to retreat from Qayyara by Iraqi soldiers, in the latest US-backed push towards Mosul in the north of the country.

But as they fled, ISIS bombed pipelines and set fire to nearby oil wells, creating an endless cloud of black smoke that blocked out the sun and left the town shrouded in darkness.

The Iraq military’s official Twitter account posted images of the aftermath, showing the streets of Qayyara flooded with black oil, some of them on fire.