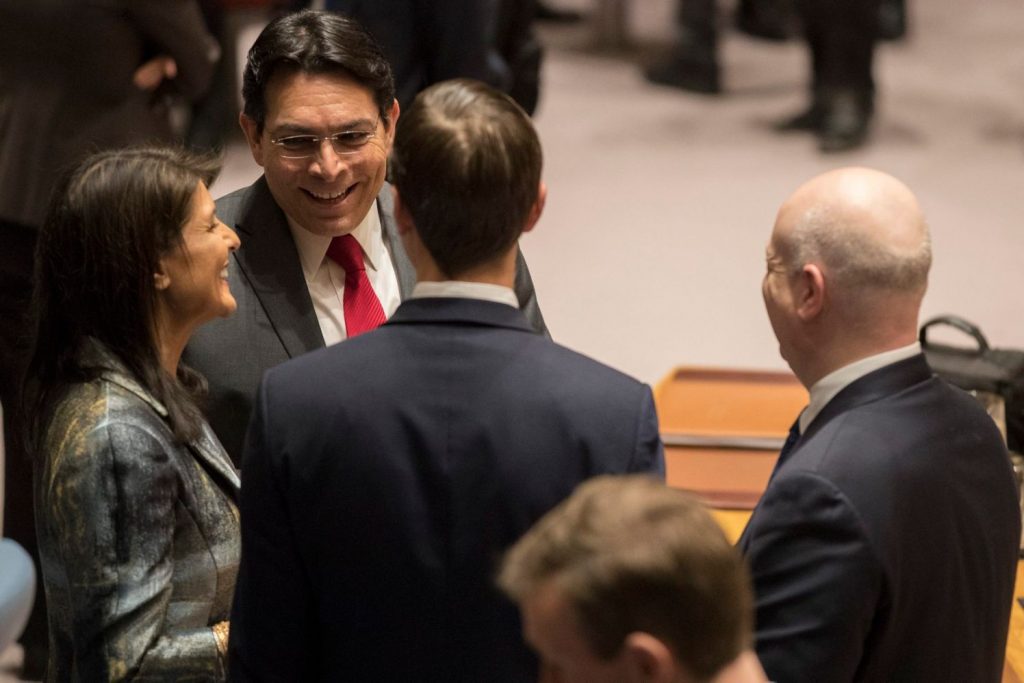 Palestinian President Mahmoud Abbas called in an address to the United Nations Security Council Tuesday to convene an international conference by mid-2018 that would result in the recognition of a Palestinian state within the 1967 borders.

“We call for the convening of an international peace conference by mid-2018, based on international law and the relevant UN resolutions,” Abbas told the UN Security Council in New York.

The Palestinian president slammed the Trump administration, describing Washington’s recognition of Jerusalem as Israel’s capital as an “unlawful decision which was rejected by the international community, to remove the issue of Jerusalem ‘off the table.'”

Abbas said that the only way to solve the Israeli-Palestinian conflict is by establishing “a multi-lateral international mechanism emanating from an international conference and in line with international law and the relevant resolutions.”