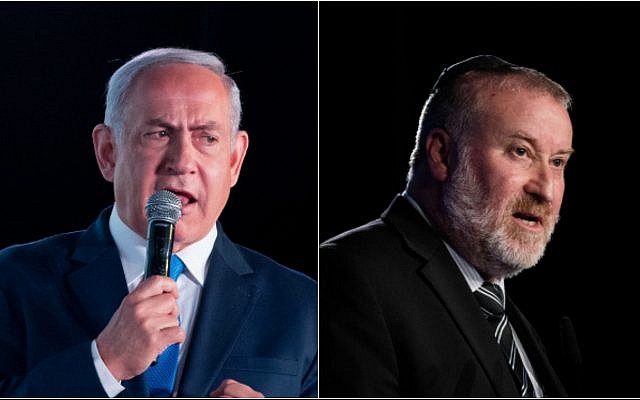 Attorney General Avichai Mandelblit will on Thursday announce his intention to charge Prime Minister Benjamin Netanyahu with criminal offenses in all three cases against him, including bribery in the Bezeq corruption probe, Hebrew-language media reported Wednesday.

Netanyahu, reacting to reports on Israel’s main TV broadcasts, called the apparent plans to charge him with bribery “absurd” and insisted that the prosecution’s “house of cards will soon collapse.”

According to the TV reports, Mandelblit has decided to charge the prime minister with bribery in only one case, and the lesser charge of breach of trust in two others.

If so, the announcement would mark the first time in Israel’s history that a serving prime minister has been told he faces criminal charges, pending a hearing.