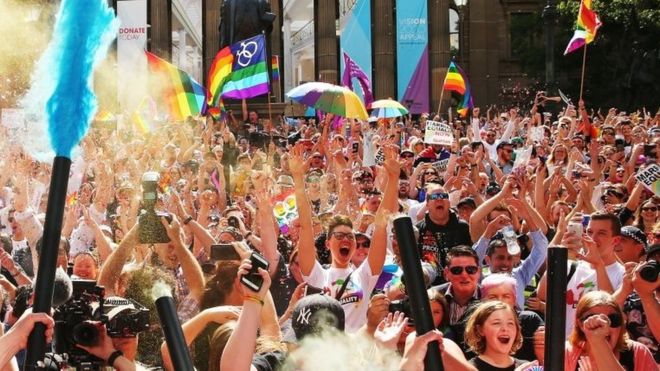 Australians have overwhelmingly voted in favour of legalising same-sex marriage in a historic poll.

Jubilant supporters have been celebrating in public spaces, waving rainbow flags and singing and dancing.

The issue only went to a voluntary postal vote after a long and bitter debate about changing the law.