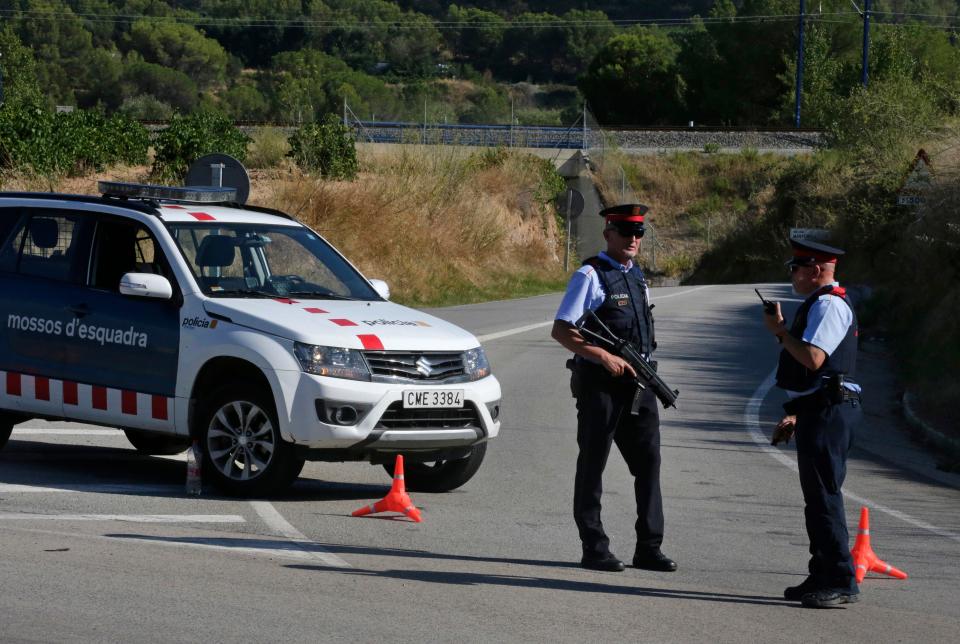 Officers confirmed that a man wearing a suicide belt had been shot by police, but the device was later revealed to be fake.

The shooting took place in Subirats, a town about an hour’s drive west from Barcelona.

Bomb disposal officers are using a robot to inspect the suspected explosive device.

Cops have confirmed that the man shot dead is Abouyaaqoub.