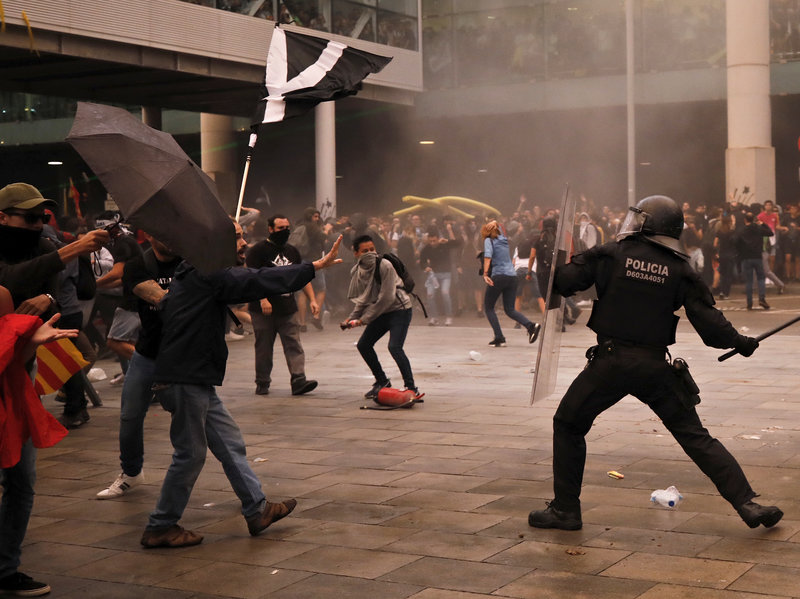 Police and protesters were expected to face off for a second time Tuesday in Spain’s northeastern Catalonia region, a day after the Supreme Court found nine separatist leaders guilty of sedition and sentenced them for up to 13 years.

Railroads were blocked by pro-independence protesters who threw trash on the tracks and then set it on fire. Demonstrations also swarmed major roads, bringing traffic to a standstill.

Many flights were cancelled in anticipation of protesters gathering at Barcelona’s main airport for a second day of protests, including American Airlines flights to New York, Miami, Chicago and Philadelphia.