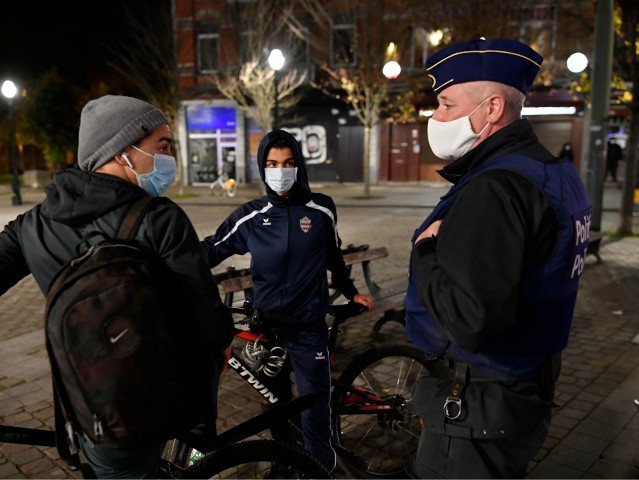 Belgian Interior Minister Annelies Verlinden has warned her fellow countrymen that police will knock on doors at Christmas if needed to enforce Wuhan coronavirus measures.

The Interior Minister stated that law enforcement would make sure to enforce the strict Wuhan coronavirus lockdown measures even on Christmas Day, saying that “If necessary, if there is a lot of noise, for example, the police will knock on doors.”

Verlinden added that police would not, however, be seeking to unlawfully enter people’s homes, saying, according to Le Soir: “Getting into homes is not a priority. The law doesn’t allow that either.”

“Christmas is an important time for many people, including me,” Verlinden said. She added: “We are now five weeks away from Christmas. If we all stick to the measures, it might give us better prospects.”

She went on to say that she hoped there would be room for more “human proximity” during Christmas, but noted: “We must take very seriously the warning signs from hospitals. We have to find a balance.”

As many countries have gone into a strict lockdown over the ‘second wave’ of coronavirus infections, the issue of Christmas celebrations has been hotly debated in several countries.

In the UK, the government under Prime Minister Boris Johnson has said the British people might be given just five days to celebrate Christmas with family members. But those five days would mean most of January would be spent under strict lockdown measures.

Infamous epidemiologist Professor Neil Ferguson, meanwhile, has claimed that “people will die” if they are allowed to spend Christmas with loved ones.

The disgraced scientist resigned from his position as a government consultant on coronavirus in May after it was revealed he had two meetings with his married lover, breaking his own lockdown rules.