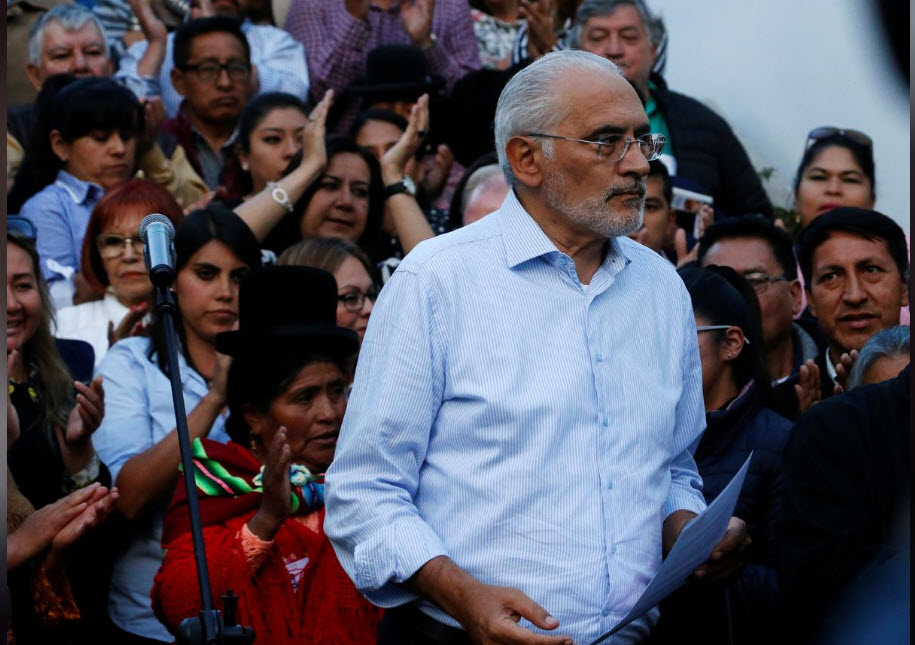 Former Bolivian president Carlos Mesa, the closest rival to Morales in official vote tallies, said, “The best solution to this crisis is a new election.”

The streets of the Andean nation were mostly quiet over the weekend, with some scattered road blockades and peaceful rallies. But the rhetoric of the government and opposition leadership got tougher on Sunday.

Mesa, 66, who ruled Bolivia from 2003 to 2005, said his supporters will remain in the streets in peaceful protests until a solution to the crisis is achieved. The opposition previously called on Morales to step down.