Boris Johnson is out of intensive care 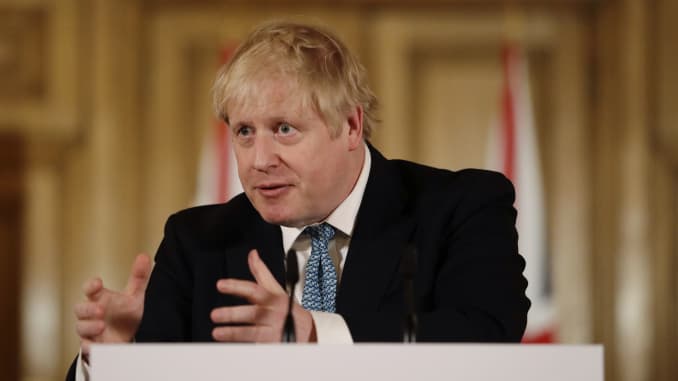 (CNN)British Prime Minister Boris Johnson is no longer in intensive care, though he remains hospitalized after persistent coronavirus symptoms.

A Downing Street spokesman said Thursday that Johnson had “moved this evening from intensive care back to the ward, where he will receive close monitoring during the early phase of his recovery.”
He “is in extremely good spirits,” the spokesman added.

The 55-year-old was taken to London’s St. Thomas’ Hospital on Sunday because he was displaying “persistent” symptoms ten days after testing positive for the virus.

On Monday, Johnson’s condition had worsened and he was taken to the ICU, but on Tuesday, Downing Street said he was in a stable condition.

He did not require mechanical or invasive ventilation and did not have pneumonia, said Foreign Secretary Dominic Raab, who is deputizing for the Prime Minister.

Rishi Sunak, the UK’s top finance minister, said at the daily Downing Street press briefing Wednesday that Johnson was “sitting up in bed and engaging positively with the clinical team.”

Sunak added that “the news about the Prime Minister reminds us how indiscriminate this virus is.”

The UK government’s emergency committee — Cobra — was meeting Thursday to discuss options to review the coronavirus restrictions, but officials have played down the possibility of the lockdown being lifted any time soon.