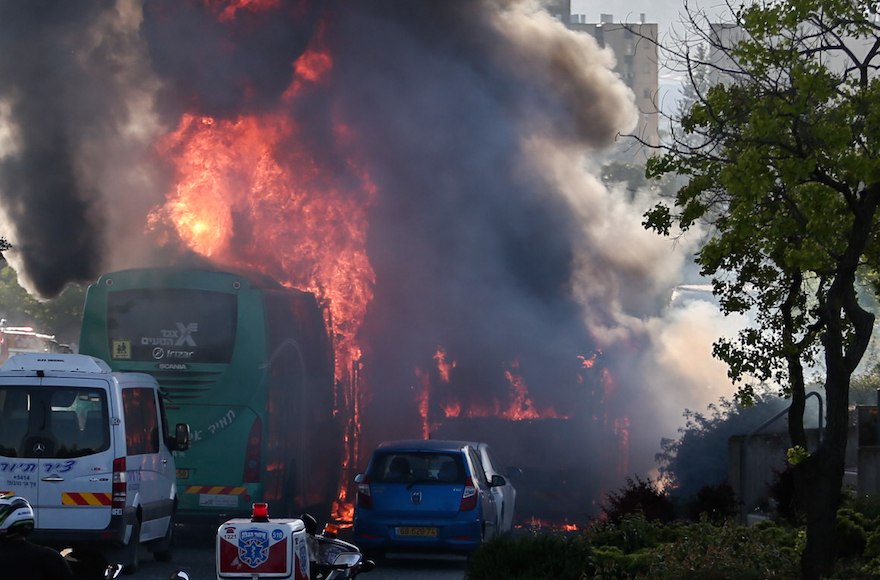 JERUSALEM (JTA) — At least 21 people were injured in a bus bombing in Jerusalem, police said, in the first such attack in Israel in years.

A city bus exploded and went up in flames Monday evening on a major thoroughfare in the southern end of the capital. The blast set a second bus and a car nearby on fire.

Two people were seriously injured in the attack, with seven moderately injured and 12 lightly injured.

An explosive device was planted in the rear half of the bus, which was stopped on the major thoroughfare at the time of the explosion, according to the Israel Police. Police are examining the possibility that a suicide bomber committed the attack and was among the injured.