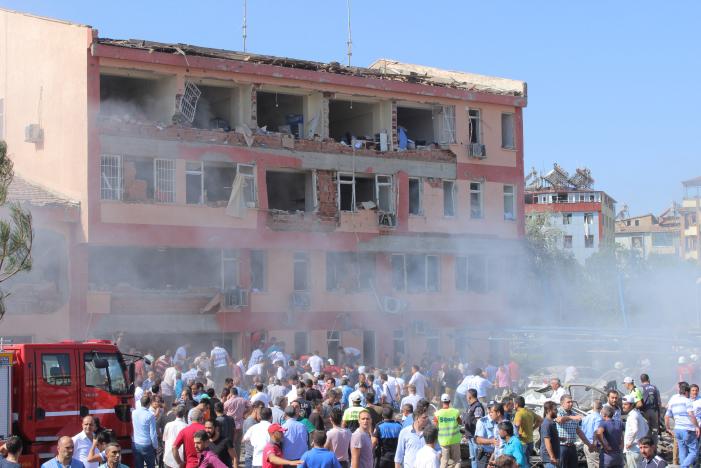 Three police officers were killed and 170 people wounded by a car bomb at a police station in Turkey’s eastern city of Elazig on Thursday, the local governor’s office said, hours after a similar attack killed three people elsewhere in the region.

Footage on the CNN Turk channel showed offices inside the police station in ruins and filled with smoke after the bomb exploded just outside the complex at 9:20 a.m. (0620 GMT), when officers had already begun arriving for work.

No one immediately claimed responsibility, but Defence Minister Fikri Isik told the state-run Anadolu Agency that the Kurdistan Workers’ Party (PKK), deemed a terrorist organization by Turkey, the United States and the European Union, was behind the attack.

“We have seen once more … that the PKK is a bloody organization and does not hesitate to kill the people it says it is fighting for,” he said. “The PKK acts according to the demands of global powers, not … the people in the region.”

Prime Minister Binali Yildirim canceled his day’s schedule and was heading to Elazig with Isik and General Hulusi Akar, head of the armed forces, sources at Yildirim’s office said.