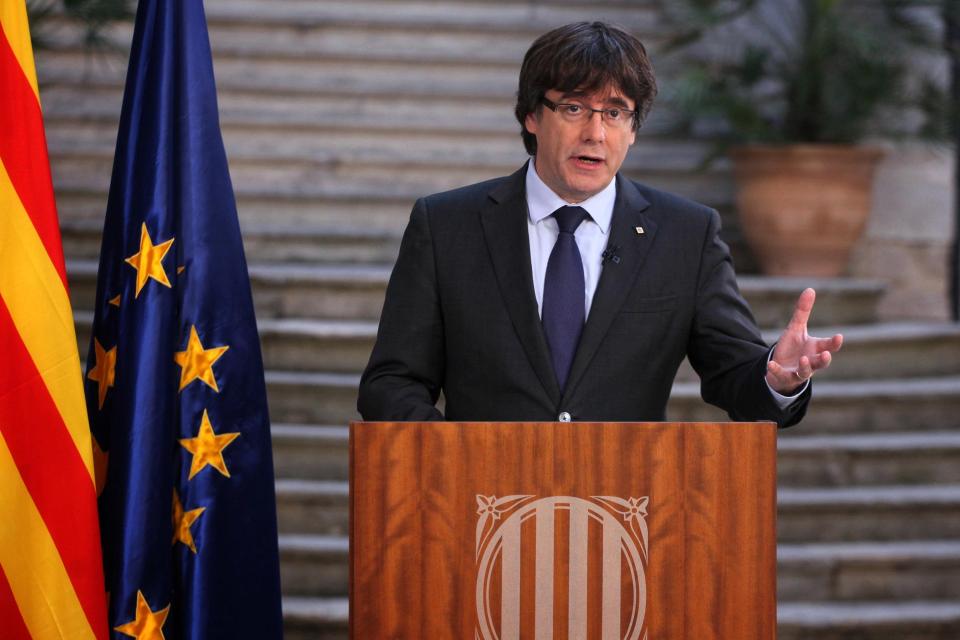 Spain’s high court has summoned sacked Catalan leader Carles Puidgemont and 13 other members of his dismissed government to appear later this week.

It also gave them three days to pay a deposit of €6.2m ($7.2m) to cover potential liabilities.

The summons comes after Spain’s chief prosecutor on Monday said he would press charges including rebellion.

Mr Puigdemont is in Belgium with several former ministers. He earlier said he was not there to seek asylum.

Carles Puigdemont triggered a crisis in Spain by holding an independence referendum in early October in the semi-autonomous region despite Madrid’s opposition and the Constitutional Court declaring the vote illegal.