Celebrations in Hong Kong amid landslide victory for pro-democracy candidates 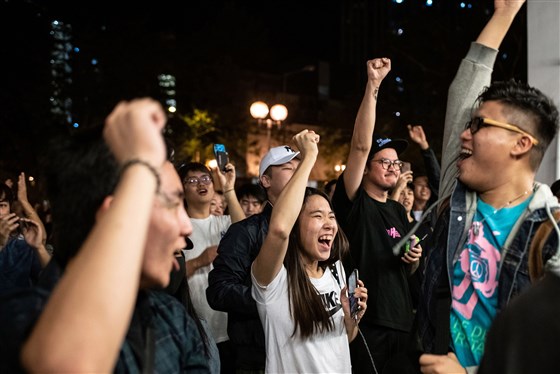 Wu Chi-wai, leader of the city’s biggest pro-democracy party, said Monday that the bloc swept nearly 90% of 452 district council seats, which will help it take unprecedented control of 17 out of 18 district councils. The results were based on official tallies announced by election officials.

The result of Sunday’s elections could force the central government in Beijing to rethink how to handle the unrest, which is now in its sixth month. The district councils have little power, but the vote became a referendum on public support for the protests.

“It’s nothing short of a revolution,” said Willy Lam, a political expert at the Chinese University of Hong Kong. “It’s a sound repudiation of the Carrie Lam administration and shows the silent majority are behind the demands of the protesters.”