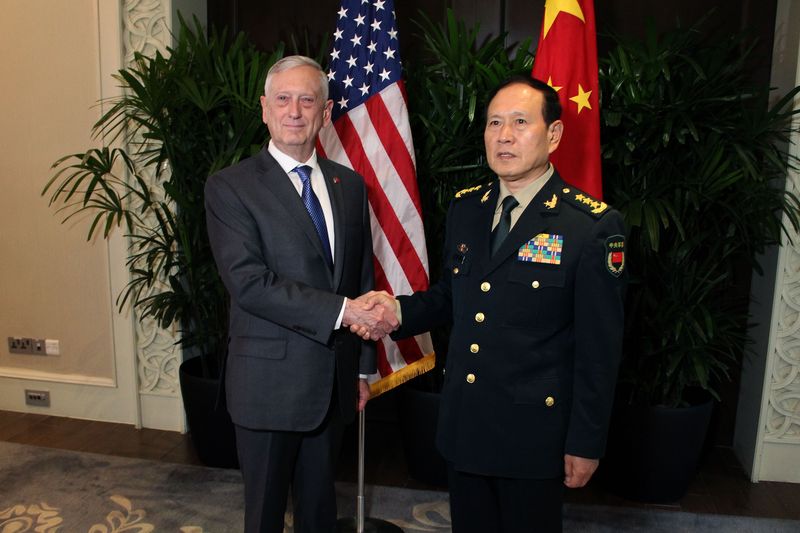 China’s defense minister warned that any effort to challenge its authority over Taiwan was “extremely dangerous,” following recent U.S. moves that signaled greater support for the democratically run island.

General Wei Fenghe, the minister of national defense, made the remarks Thursday at the start of a regional military forum in Beijing, in which he also called on American leaders to drop what he said was a “Cold War mentality.” His speech came just days after the U.S. Navy sailed two warships through the Taiwan Strait, in the second such show of military support since July.

“Taiwan is China’s core interest,” Wei said. “On these issues, it’s extremely dangerous to challenge China’s bottom line repeatedly. If anyone tries to separate Taiwan from China, China’s military will take action at all costs.”

Taiwan has reemerged as a flashpoint in U.S.-China relations as their trade spat aggravates a host of security disputes between the two sides. China has repeatedly protested U.S. moves to bolster ties with Taiwan, amid a spat between Beijing and the island’s pro-independence government that took power after a 2016 election.