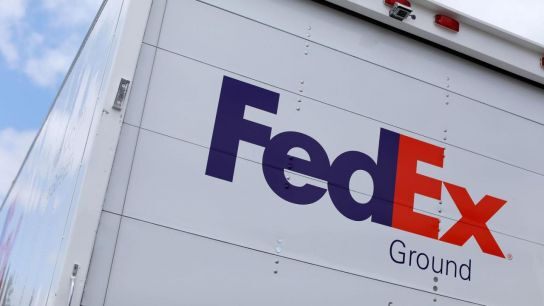 A FedEx pilot was temporarily detained in China – and more such incidents are likely ahead, one expert warns.

As first reported by The Wall Street Journal, the pilot, who was a former U.S. Air Force colonel, was detained in Guangzhou on Sept. 12 while waiting for a commercial flight to Hong Kong after making deliveries.

He was reportedly accused of illegally transporting ammunition because his checked bag had nonmetallic air pellets used in replica air guns.

Gordon Chang, author of “The Coming Collapse of China,” told FOX Business that China will use any means at its disposal to attack the U.S.

“China has gone on a hostage-taking binge and it’s only going to get worse,” Chang said.

At the beginning of the year, the U.S. State Department renewed a China travel warning over so-called exit-bans, “sometimes keeping U.S. citizens in China for years.”

The incident also comes after several parcels that were supposed to be sent to telecommunications giant Huawei were diverted, forcing FedEx’s China arm to apologize. Regulators later accused the company of committing “violations,” suspecting more than 100 packages Huawei was trying to deliver to China have been withheld.

Chang said he is surprised it took so long for China to retaliate against the company.

A spokesperson for FedEx confirmed in a statement to FOX Business that one of its pilots was detained and later released on bail after an item was found in his luggage prior to a commercial flight.

“We are working with the appropriate authorities to gain a better understanding of the facts,” the spokesperson said.

A spokesperson for rival UPS declined to comment on the situation.

Meanwhile, FedEx is dealing with potential financial headwinds in China related to the ongoing trade war.

The company cut its full-year 2020 profit forecast by as much as about 30 percent, citing trade tensions and policy uncertainty.

This week, deputy-level discussions between officials from the world’s two largest economies are under way in preparation for the thirteenth round of high-level negotiations next month.

President Trump, however, has said he would not make a trade deal unless it is “fair” for the United States. According to a new report on Thursday, if an agreement can’t be reached in the near future, the U.S. president may be prepared to further ratchet up pressure on China.